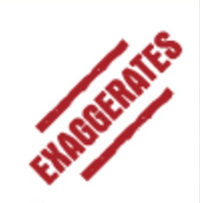 As Hillary Clinton became the first female presidential candidate to accept the nomination of a major political party on Thursday night, fact-checkers dug into the talking points and attack lines that peppered her speech.

PolitiFact, The Washington Post and FactCheck.org were among those sorting the truth from the fiction. Here’s a roundup of five of their fact-checks that you can share on Facebook and Twitter using the Share the Facts widget, created by the Duke Reporters’ Lab and Jigsaw, a technology incubator within Alphabet, the parent company of Google. You can also embed them in articles and blog posts.

1. “Don’t believe anyone who says: ‘I alone can fix it.’ Those were actually Donald Trump’s words in Cleveland.”

Clinton used this line to contrast her style with that of her opponent, Republican Donald Trump. But FactCheck.org found it’s not so cut-and-dried: “In fact, Trump said that as a political outsider only he can fix a ‘rigged’ system. He has spoken about working with others many times, including in that same speech.”

2. Trump ties are made “in China, not Colorado. Trump suits in Mexico, not Michigan. Trump furniture in Turkey, not Ohio. Trump picture frames in India, not Wisconsin.”

PolitiFact was able to verify all of the examples Clinton cited – except for the picture frames made in India. It also found some Trump-branded products made in the U.S., such as his signature “Make America Great Again” hats.

3. “More than 90 percent of the gains have gone to the top 1 percent, that’s where the money is.”

These numbers are based on older data, according to The Washington Post.

“There is increasing evidence that income imbalance has improved in recent years as the economy has recovered from the Great Recession,” it reports. The most recent calculations show the top 1 percent got 52 percent of the income gains between 2009 and 2015.

FactCheck.org found this number to be inflated: “In fact, since January 2009, when Obama took office, the private sector has added 10.5 million jobs.”

5. Trump “claimed our armed forces are ‘a disaster.’”

PolitiFact tracked down this quote from the Republican candidate during a January debate: “I’m very angry because our country is being run horribly and I will gladly accept the mantle of anger,” Trump said. “Our military is a disaster.”

He doesn’t seem to have repeated this wording, PolitiFact found, and in more recent comments has focused more on what he sees as a lack of resources, calling the military “depleted.”

Want to embed fact-checks like this in your articles and blog posts? Contact us for the easy instructions.