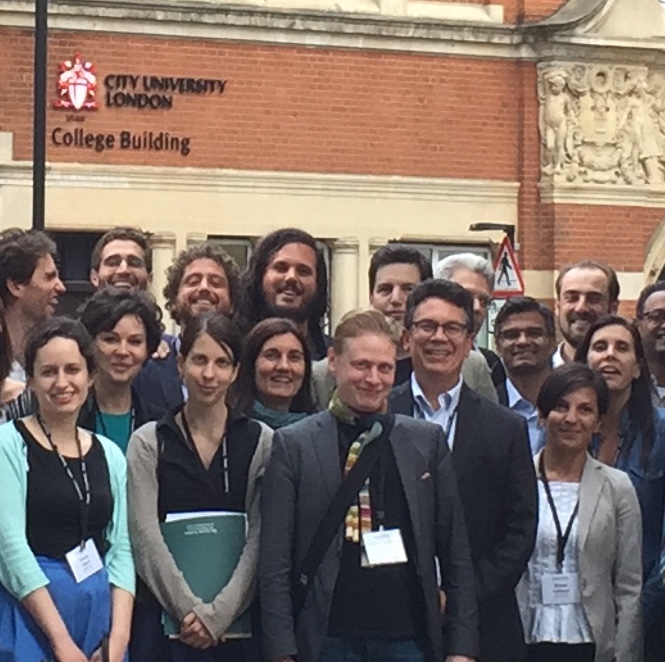 One thing stood out at last week’s Global Fact-Checking Summit: the variety of the voices.

The conference, held at City University London, was in English, but the 60-plus participants had wonderful accents that showed the great diversity of fact-checking around the world: Irish, Russian, Spanish, Italian, German, Bosnian and Korean, among many others.

Reflecting the growth of fact-checking, the group included representatives of new sites that have started in the past year or will be starting soon. The new fact-checkers included Enda and Orna Young from FactCheckNI in Northern Ireland; Dana Wagner and Jacob Schroeder of FactsCan in Canada; and Damakant Jayshi, who is starting a site in Nepal.

The most significant news from the conference, announced last Friday, was that Omidyar Network and the National Endowment for Democracy have provided funding to the Poynter Institute to become the home of international fact-checking. Poynter will organize future conferences like this one, create training programs and establish a website. The website will be welcomed by the fact-checkers who said they need a place to discuss common problems and share best practices.

We began the conference with a video montage that captured the wide range of fact-checking segments on TV:

I was especially impressed by the TV segments from El Objetivo, a program on La Sexta in Spain, and the program Virus on Rai, the public television network in Italy. (U.S. networks could learn some lessons from the creative Spanish and Italian networks, which spend more time on production and do better graphics than their U.S. counterparts do.)

Our keynote speaker was Adam Chodikoff, a senior producer at The Daily Show with Jon Stewart. One of Adam’s roles at the show is to be Stewart’s fact-checker, to ensure that even the best satire is grounded in fact.

“Chods,” as he is known at the show, played some funny clips and spiced them with comments about how he researches the segments. One of the clips was a Stewart interview with New York Mayor Bill de Blasio, when Stewart referred to a number that had been researched so well it was “Chods approved.”

Adam is not a journalist in the traditional sense, but he showed how serious he is about research and fact-checking by attending all of the sessions in the two-day conference.

The conference featured a wide range of presentations that showcased interesting work being done around the world: the commitment to research and development by Chequeado in Argentina; a new PolitiFact browser extension that will allow readers to request fact-checks of a phrase and Pagella Politica’s efforts to earn revenue from the leftovers of its reporting.

One of the most popular sessions at the conference was the in-depth discussion about sustainability and revenue sources that Alexios Mantzarlis of Pagella Politica led on Friday. His interview with Ivana Cvetkovic Bajrovic of the National Endowment for Democracy provided great insights for fact-checkers seeking grants for their organizations. Laura Zommer from Chequeado and Mevan Babakar from Full Fact also provided some great tips on crowdfunding.

There were many other great sessions throughout conference, and I think everybody agreed the two days went by too fast. But I came away with a common theme: As we build our community, we’ll get the best ideas from each other.

That brings me back to the voices. There were some great individual voices with some marvelous accents. But as a community, we’re getting louder.