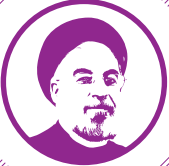 The capital of Iran’s fact-checking movement is not in Tehran, but Toronto.

When Farhad Souzanchi wanted to promote government accountability in his home country of Iran and track the campaign promises of President Hassan Rouhani, his only choice was to open an office in Canada, more than 6,000 miles away. For the last 18 months, the Rouhani Meter — a unique fact-checking website because it is run remotely from another country — has broken new ground in fact-checking journalism.

Since Hassan Rouhani was sworn in as Iran’s seventh president Aug. 3, 2013, Souzanchi and has team have been tracking and updating a list of promises made during Rouhani’s campaign and the first 100 days of presidency. The project, a collaborative effort between ASL19, a research organization that helps Iranians circumvent Iran’s internet censorship, and the University of Toronto’s Munk School of Global Affairs, has researched 73 promises and rated them as Achieved, In Progress, Not Achieved or Inactive.

“When Rouhani came, he campaigned on hope and presented himself as a moderate. He said he would fix the image of Iran on the international stage, and with that came a lot of exciting promises,” Souzanchi said. “Our main goal was to promote conversation over these issues — government accountability and government transparency.”

There is virtually no transparency in Iran, which ranks 173rd out of 180 countries in Reporters Without Borders’ 2014 World Press Freedom Index. The Rouhani Meter is currently the only active fact-checking project in the entire Middle East.

In a world with a 24-hour news cycle and a growing global fact-checking movement, politicians in countries with a free press are growing accustomed to having their words scrutinized. In the United States, White House aides and members of Congress often cite fact-checking websites. But you won’t find Iranian officials citing the Rouhani Meter—they won’t even acknowledge the site’s existence.

“President Rouhani once said that people are monitoring us through the Internet. It was an indirect mention of it,” Souzanchi said. “But they haven’t addressed Rouhani Meter directly. They don’t want to legitimize it.”

Working from across the Atlantic Ocean, access to reliable information is the biggest challenge the Rouhani Meter staff faces in its day-to-day reporting. Iran’s government maintains tight control over public information. ASL19 policies dictate that their reporting cannot involve collaboration with sources inside Iran, which would pose a risk to the sources’ safety.

The Rouhani Meter is forced to follow the Iranian press and collaborate with journalists working outside the country to check the president’s promises, a tactic that has impressed researchers who study the global fact-checking movement.

“It’s hard to imagine how you go about that without having access to data from the government or groups within the country,” said Lucas Graves, assistant professor at University of Wisconsin-Madison’s School of Journalism and Mass Communication. “With how complicated and nuanced these questions very often get, even a seemingly-straight-forward fact-check sometimes takes several days to research. Having seen these processes up close, I can’t imagine the difficulties of having to do this from halfway around the world.”

Without an error to date, the site’s painstakingly meticulous process has paid dividends.

Of the 73 registered promises on the Rouhani Meter, 11 percent are considered “Achieved” and 36 percent are designated “In Progress.” Five percent of promises are labeled “Not Achieved,” with the remaining 48 percent inactive. Promises on the site are broken down into four categories—socio-cultural, domestic policy, economy and foreign policy, which were the pillars of Rouhani’s campaign.

Some promises are easy to check. For example, Rouhani’s promise to re-open Iran’s House of Cinema was easily verified when the theater was opened Sept. 12 by deputy culture minister Hojjatollah Ayoubi. Rouhani’s plan to establish a Ministry of Women is yet to come to fruition, so the promise is designated as “Not Achieved.” Other promises are much more difficult to track, particularly those involving the economy. With little economic data available (and healthy doses of skepticism about that data’s validity), tracking Rouhani’s pledge to increase Iran’s economic growth poses a major challenge. The promise is currently designated by the Rouhani Meter as “In Progress.”

Since its launch on the day of Rouhani’s inauguration, the site has been visited more than 20 million times by 3.6 million unique visitors across the world. The Rouhani Meter is available in English, but the site’s Farsi version makes up more than 95 percent of its traffic. Reports on the site are often written in Farsi before being translated to English, but Souzanchi said that process varies.

Viewing the site from inside Iran presents a challenge all its own. A month after the site launched, it was blocked by the Iranian government. It can still be accessed with Internet circumvention tools and virtual private networks.

Souzanchi indicated that a lack of mainstream accessibility does not affect readership. Internet circumvention is a way of life in the tech-savvy nation of Iran, where nearly three-fourths of the country’s population is under the age of 40.

Iranians are accustomed to using circumvention tools so they can access popular websites Facebook and Twitter, so they can easily use them to see the Rouhani Meter.

“It hasn’t been a problem reaching people,” Souzanchi said.

Despite the Rouhani Meter’s goal to give Iranian citizens access to information, the project has some opponents inside the country’s borders. Much of this is because Souzanchi was inspired to start the site after seeing the Morsi Meter in Egypt, which tracked promises made by President Mohamed Morsi until he was overthrown in a coup.

Because Morsi was ultimately overthrown, conservative Iranians have attacked the Rouhani Meter because they fear the website conspires to carry out similar plots in Iran—a claim that Souzanchi says is not true.

“My answer to those who accuse Rouhani Meter of overthrowing President Rouhani is that our project is not about that,” Souzanchi said. “It is about encouraging political accountability in government. We, and I believe all healthy promise tracking platforms, are focused on accurate reporting based on strong research. Our reports on promises, which may be sometimes positive or negative, are always backed by the best data we have access to.

“In order to be a reliable and transparent source of information, promise trackers cannot and will not side with or against political leadership. Meters and fact-checking websites are ultimately there to help citizens to make informed, evidence-based decisions in a democratic process—and if we did our job, encourage healthy discussion.”

As the site continues to grow, the Rouhani Meter team has launched the Majlis Monitor, a new website that tracks activities in the Iranian parliament. Souzanchi also is looking for ways to expand its coverage to Iranians around the world.

A more challenging long-term goal is the expansion from promise-checking into fact-checking, which Graves said would be an even tougher task for an organization that works remotely. But the organization that refuses to let an ocean, opaque government activities and censored internet access stand in their way thinks it is up to the challenge.

“Through close collaborations with experts, activists, Iran-focused institutions and of course crowdsourcing hopefully we can overcome the challenges of limited access to information as much as possible,” Souzanchi said. “As ASL19’s motto goes, ‘There is always a way!’”