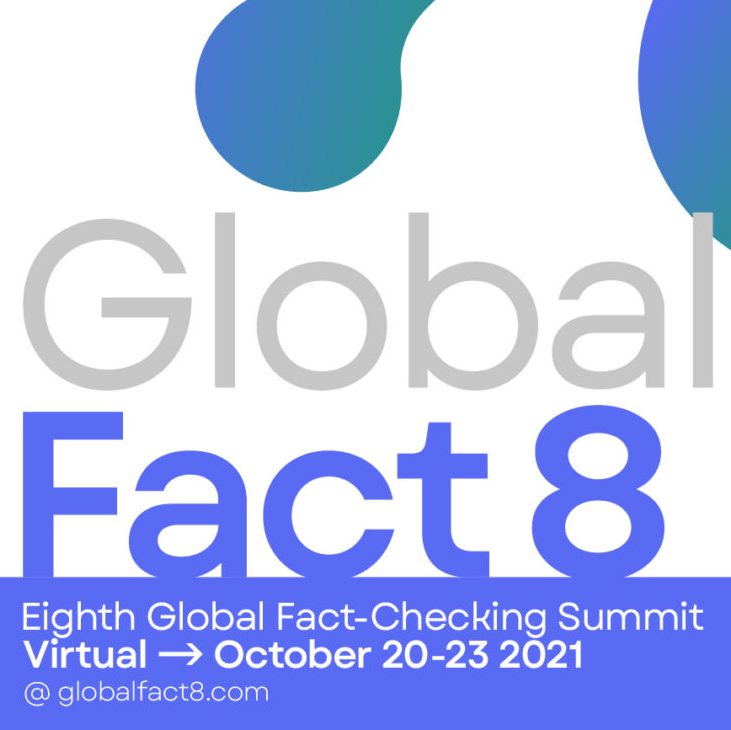 The Duke Reporters’ Lab spent this year’s eighth Global Fact conference helping the world’s fact-checkers learn more about tagging systems that can extend the reach of their work; encouraging a sense of community among organizations around the globe; and discussing new research that offers potent insights into how fact-checkers do their jobs.

This year’s Global Fact took place virtually for the second time, following years of meeting in person all around the world, in cities such as London, Buenos Aires, Madrid, Rome, and Cape Town. More than 1,000 fact-checkers, academic researchers, industry experts, and representatives from technology companies attended the virtual conference.

In addition, the Reporters’ Lab is excited to reconnect with fact-checkers again at 8 a.m. Eastern on Wednesday, November 10, for a feedback session on MediaReview. We’re pleased to report that fact-checkers have now used MediaReview to tag their fact-checks of images and videos 841 times, and we’re eager to hear any additional feedback and continue the open development process we began in 2019 in close collaboration with the IFCN.