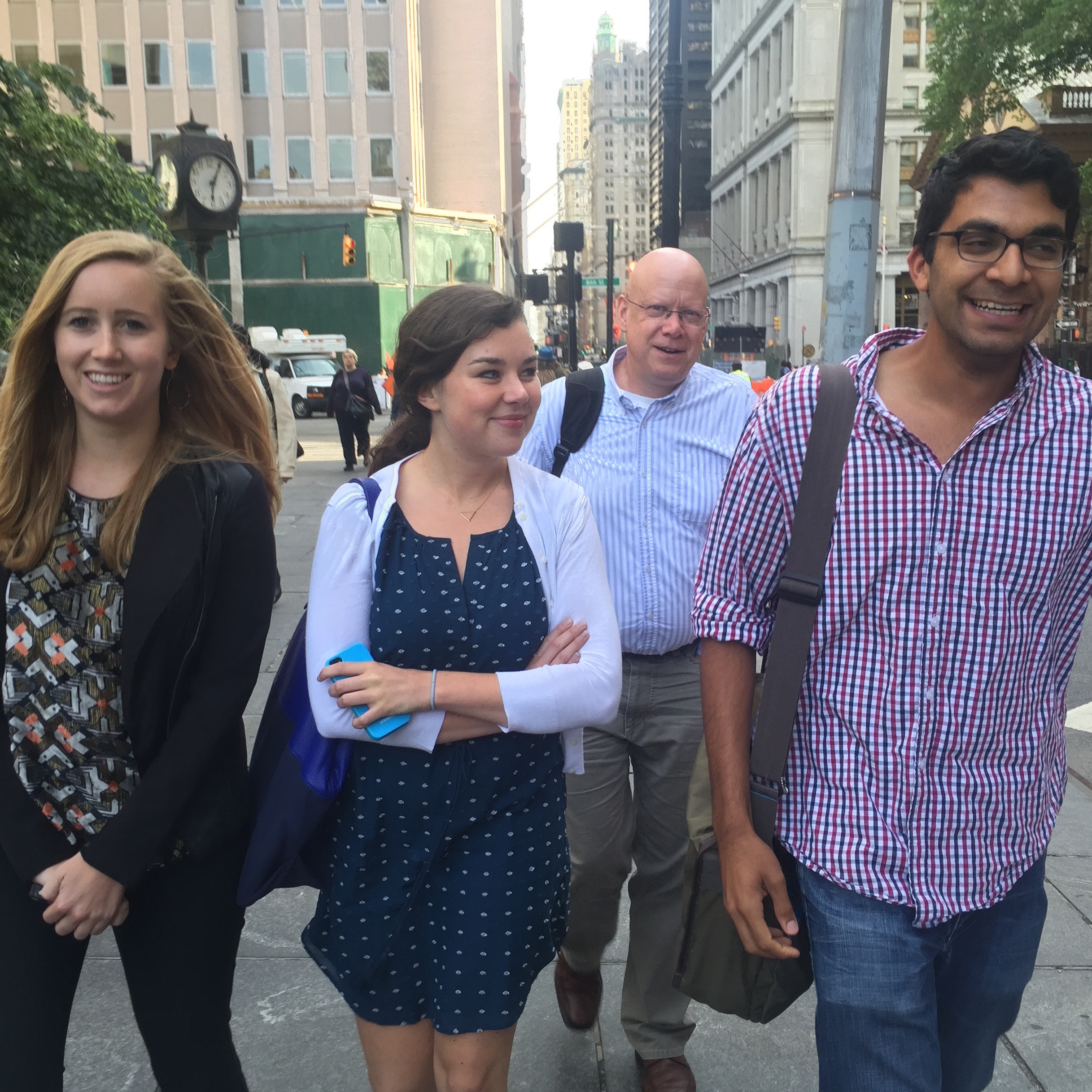 On Wednesday, as our Structured Stories NYC team debated whether to use “text object” or “information artifact” to describe a field in our database, I realized we were in new journalistic territory.

The debate illustrated the unique approach of our summer experiment. Instead of publishing traditional news stories with headlines and text, two Duke students (Natalie Ritchie and Rachel Chason) and one recent Duke grad (Ishan Thakore) are segmenting the news into chunks. That approach has been tried before by Circa and a few others, but Structured Stories goes far deeper, structuring the basic elements of nouns and verb phrases to reveal new truths about the news.

That structure enables us to link the elements in a myriad of valuable new ways. For example, “The taxicab commission held a public hearing on new regulations about for-hire vehicles” can be linked with characters and entities such as Mayor Bill De Blasio, Uber drivers and the taxicab commission. That structure will  empower readers in many different ways. They can easily find the latest developments in a long-running story (“Uber drivers held a protest against new regulations”) and they can interact with the “events” to reveal new patterns and relationships.

There were a few moments during the week when I got a feeling that our project will be groundbreaking. David Caswell, the creator of the Structured Stories platform and our partner in the project, began the week with an excellent PowerPoint that explained how the students’ work will be published. Structured journalism is often known as “atomizing” the news.

A couple of times, I got the sense that we were like scientists who were about to unlock the atom of news. I summarized the first day by saying, “Mind blown.”

But there also were times where I wondered if we have too much structure in our approach and that we’ll end up creating a giant database with hundreds of humdrum entries on municipal government. We need to make sure that even though we’re using a unique approach we are still creating valuable, interesting journalism.

Our discussions during the week reflected our unique perspectives. David is a computer scientist with a really cool idea; I’m a journalist with an interest in new story forms and some old-fashioned values. There were some moments where our differences were quite clear. At one point during a discussion about story structure in the database, David told the students, “Your audience is actually a machine.”

I nearly had a heart attack. But then I realized he meant that the “story structure” the students are creating are not intended for public consumption. They’re designed to work behind the scenes so readers can get the information they want.

This is the genius of David’s approach (and also the part that scares me a little). With lots of structure inside the machine, readers will be able to get information in new ways.

David and I recognize this is very much an experiment. We both believe in the promise of structured journalism. But we also recognize that this is a very different way of covering the news and that sometime experiments fail. On Tuesday I tweeted:

Our approach on Structured Stories NYC is inspired by the philosopher Ms. Frizzle: “Take chances! Make mistakes! Get messy!”