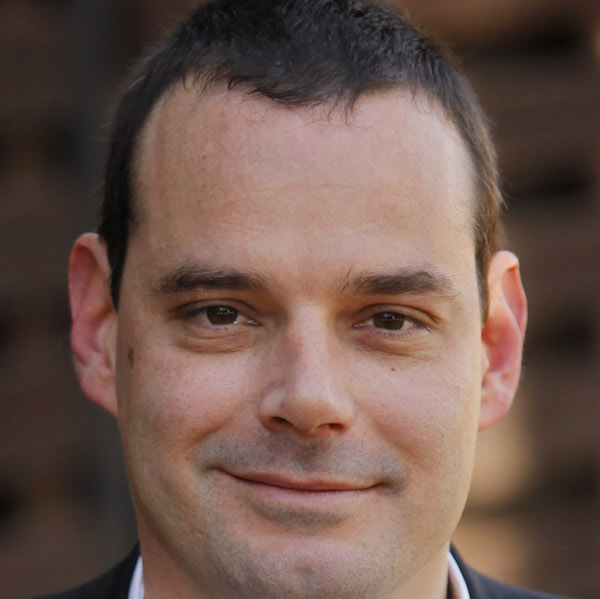 Traditional healers “remain the first point of contact for physical and psychological ailments for about 80% of black South Africans according to authorities,” it said.

His Africa Check team began to research it and quickly discovered the BBC wasn’t the first outlet to publish the claim. It also had been published by the South African Medical Journal and even the World Health Organization. That gave the claim a stamp of credibility even though the number seemed high.

So Rademeyer’s team kept digging to find out if the claim was true.

Three years ago, few people had heard of Africa Check. It was a new fact-checking organization styled after the U.S. site PolitiFact and Full Fact, a British group.  But today, Africa Check is better known and its work is often cited by media organizations around the world.

“We’re hitting the tipping point now where we’re becoming a credible source,” says Rademeyer, Africa Check’s editor, who visited Duke in April as part of the Reporters’ Lab’s Visiting Fact-Checker Program. “It’s kind of cool because it shows that people are looking at our work.”

Africa Check has been featured in the Economist, the New York Times, and a host of South African papers that receive free syndicated material from Africa Check. Larger recognition means that organizations now turn to Africa Check to debunk claims. GroundUp, a South African community journalism project, contacted Rademeyer and his team to investigate the traditional healer “fact.”

Fact-checking is an ideal line of work for Rademeyer, who has been a skeptical journalist since he was a teenager.

In the 1980s, police death squads, mass protests and a civil society reckoning with the end of the apartheid rocked South Africa. For the teenage Rademeyer, investigative writers and photojournalists offered him a world out of reach to the average white South African.

“These guys were documenting this and getting incredible stories, showing a side of things that was beyond people’s comfort zones,” said Rademeyer.

While other teenagers were immersed in sports or television (his family didn’t own one until the ‘90s), Rademeyer spent his time reading. His father, a history teacher at his high school, kept a steady supply of National Geographic magazines in the house to satisfy Rademeyer’s growing fondness for good writing.

With the help of an inspirational high school English teacher (cue comparisons to Dead Poets Society), Rademeyer and his friends started an edgy newsmagazine, The Interview. Not your average school paper, it included interviews with recently freed African National Congress leaders and features on scientology, painstakingly laid out by hand on A4 paper.

After high school, he knocked on the door of a reporter he admired and asked for a job.

“I guess maybe I was persistent enough, and maybe he was just bored, but he kind of kept me around, and paid me some pathetic sum of money to pack files in his office.” He took some college classes while he worked.

Rademeyer eventually found a stringing job for Reuters and then worked his way to the Sunday Times and Media24. He carved a niche doing investigative work around corruption and organized crime.

While at Media24, Rademeyer came across a puzzling link between a smuggled rifle and a farmer. He tracked this lead all the way from game hunting permits to Thai sex workers, and then from political assassinations to the Angolan Bush War. His two-year odyssey culminated in his South African best-selling book, Killing for Profit, which exposed the complexities of the illegal rhino horn trade.

“You get one link, and another link and it just keeps going. South Africa’s history is so interesting for me and multi-layered. Every story you start digging has all these layers to it,” said Rademeyer.

Fact-checking requires that same kind of digging, but it often doesn’t result in the same certainty as investigative reporting.

Africa Check conclusions are often qualified and tempered with explanations. That speaks to the trouble of first obtaining and then sifting through government data, which may be inaccurate, in old formats that are hard to analyze, or not even exist. He said some agencies flout Promotion of Access to Information Act (POIA) requests, which mandate the release of government information.

“It can be incredibly frustrating because the data isn’t readily available, and quite a number [of agencies] are very obstructive when it comes time to check information,” said Rademeyer. “Anything in-depth takes everything from a couple of days to weeks” to research.

When Africa Check launched an inquiry into a claim from South Africa’s Department of Basic Education that it was building a school a week, Rademeyer’s team found serious discrepancies in scheduling. Although 11 schools were built, it took a year instead of 11 weeks.  The department refused to comment at first, and then lashed out in press releases.
Other government agencies and political parties have been more receptive. The main opposition party, the Democratic Alliance, now responds to Africa Check queries by listing its sources. Other government officials have told Rademeyer they believe Africa Check is quite fair.

“Instead of ‘how dare you fact-check us,’ we’re seeing a slow movement around this. [Africa Check] will be part of the process.”

Fact-checking can be important in Africa, where rumors can have serious consequences. For example, Africa Check has debunked claims about “quack cures” of  HIV/AIDS that circulate among the relatively large number of people who have the disease.

“When there’s real evidence of Boko Haram atrocities, what do you believe? How do you know that its genuine and true? It’s a mess,” says Rademeyer.

But the politicians and their parties are realizing that fact-checking is now part of the journalistic landscape. Rademeyer recounts a conversation an Africa Check employee had with a political researcher, who now cautions his colleagues:

“Have you been Africa-Checked lately?”

As they dug into the claim about traditional healers. Rademeyer’s team discovered it had appeared in various World Health Organization reports, which all referred to a 1983 book by Robert Bannerman called Traditional Medicine and Healthcare Coverage.

Ultimately, the fact-checkers tracked down a copy. The book said traditional healers offer their services to the 80 percent of the world’s population that lacks permanent healthcare services.  No attribution or sources were listed.

In the 30 years since that was published, the claim was warped and repeated. Sometimes the claim said the statistic was for South Africa; other times it referred to all of Africa.

In Africa Check’s article, Rademeyer cited a 2013 South African household survey which found only 0.1% of households regularly consult healers, and most use public health facilities.

The claim was unequivocally false. 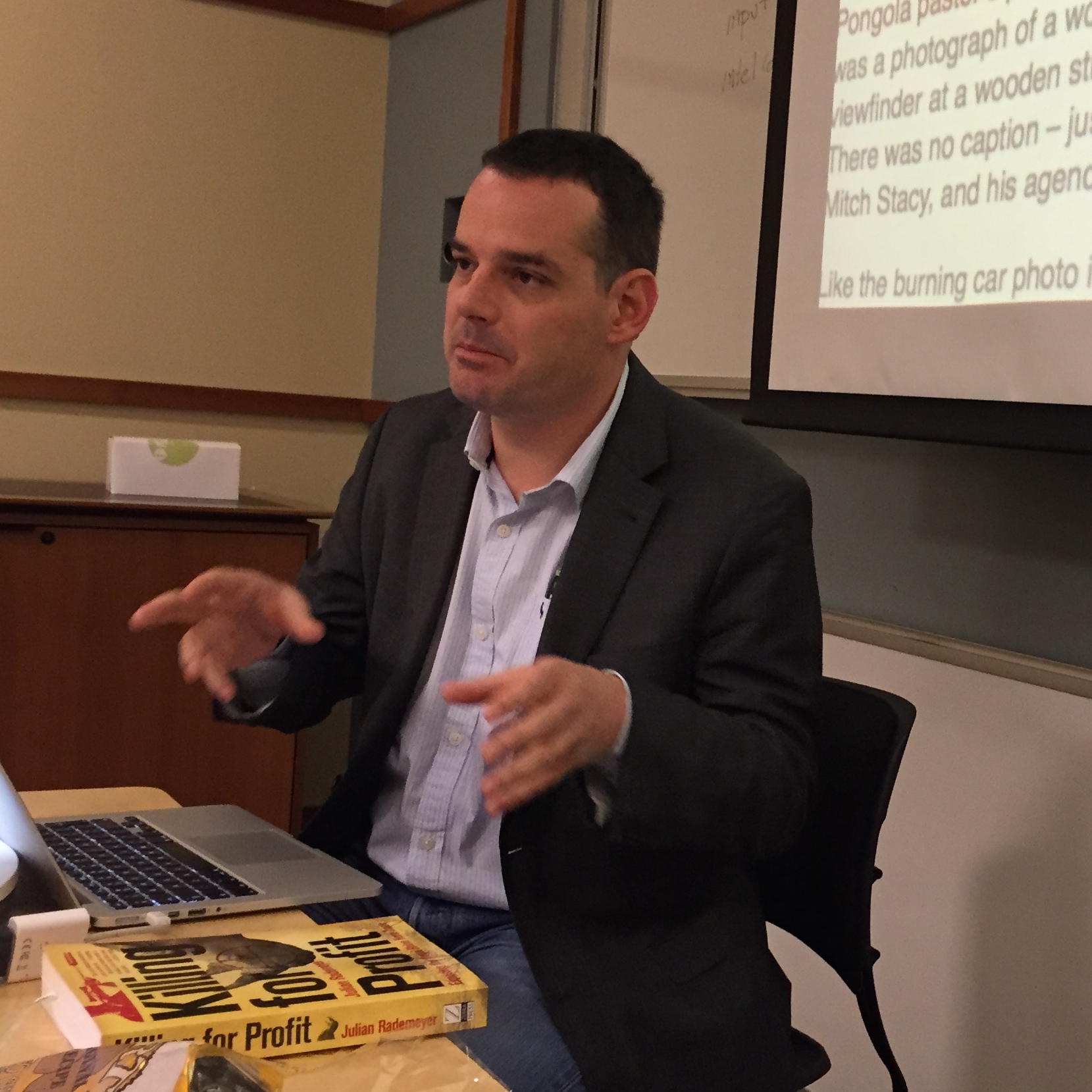