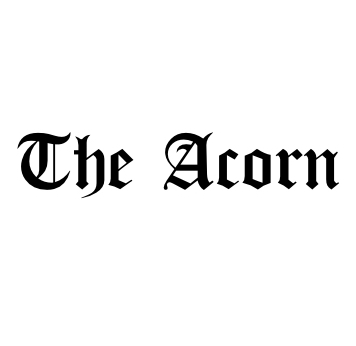 This is the prompt for the final paper in my PJMS 89S freshman seminar on the Digital Revolution and the Future of News. Students each need to write a 10-page paper and submit it by Dec. 12.

Your Uncle Bob, who had been publisher of the Oakville Acorn until he died in a tragic printing press accident, left the paper to you! In his will, Uncle Bob said he was giving it to you because he thought you had the right mix of journalistic skills and business savvy to keep the paper alive.

The Acorn is the only remaining daily paper in greater Oakville, a metropolitan area with 1.5 million people. It’s facing the same challenge as other papers – a sharp drop in ad revenue and declining readership as older customers die off.

It’s a well-respected paper that has won three Pulitzer Prizes (including the 2014 criticism prize for its restaurant reviews).

It is known for great investigative reporting and its in-depth local news. Oakville’s mayor is serving a 10-year sentence for accepting bribes that were uncovered by the Acorn’s investigative team.

Oakville is a growing area. It is the state capital and home of the largest university, Oakville State, which has a nationally ranked football team and rabid fans who travel hundreds of miles to watch the the Antlers play. The Acorn offers great coverage of the Antlers with special sections printed for every home game.

But the Acorn is facing many challenges. Its circulation has declined from a high of 300,000 in 2005 to just 120,000 today. That’s especially painful because Uncle Bob is still burdened with $5 million in debt to pay off the Goss Metroliner presses that he bought when the industry was strong. (Even sadder: he died when he fell into one of them.)

Classified ads are gone from the paper and revenue from display ads has declined 40 percent since 2000. To keep the paper afloat, Bob has been selling off the Acorn’s assets, including its downtown headquarters. The Acorn will be moving to a suburban office park on the edge of town that’s about a mile from the paper’s printing plant. A local developer plans to renovate the downtown building and turn it into a center for high-tech companies. The newsroom will become a food court.

For all of its success with accountability journalism, the Acorn has done little on the Web and in mobile. The paper is still using a 10-year-old CMS that was built to accommodate an early co-publishing deal with AOL. (“AOL” was an online service that introduced most Americans to “the Internet.”) The Acorn website offers no original content, just the same stories that are found in the print edition. Bob liked to hold them back until 6 a.m.

The paper is overstaffed. It has 200 newsroom employees, including many older staffers who are unfamiliar with Twitter and Facebook. One columnist recently wrote a column boasting about how he does not use Facebook.

It’s been several months since Uncle Bob died and you’re over the grief. You now have to figure out how to carry on his legacy and invigorate the Acorn. (Selling the paper is not an option. Uncle Bob’s will stipulates that you must operate the paper as a news organization or you will forfeit the other things you inherited — Uncle Bob’s sprawling Oakville estate, his 40-foot yacht Ink by the Barrel and his  2-bedroom timeshare in Orlando.)

So what’s your plan? How can you build on the strengths of the Acorn and the Oakville area? Write a 10-page paper about your plans to reinvent the Acorn and return it to profitability. Include your business plan and a detailed editorial strategy. Feel free to use sketches of your plans and samples of your journalism.