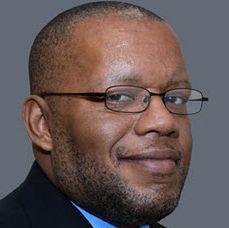 Jayson Blair, a former New York Times reporter who is famous for the wrong reasons, stood in front of a class of Duke undergraduates Monday.

“There are no real ground rules,” he said. “You can ask me anything you want.”

There was an awkward pause. The students looked at each other, waiting for someone else to go first. A student in the front raised her hand and blurted out the first question.

She was referring to the 2003 scandal that seismically rocked the journalism world: the revelation that Blair had plagiarized and fabricated many of the stories he had written as a staff reporter for the New York Times. He had copied passages from other publications, conjured up fake quotations and lied repeatedly to cover up his misdeeds.

Blair resigned, and the Times published a punishing, lengthy report investigating Blair’s journalistic fraud and the newsroom breakdowns that had let him slip through the cracks.  According to the report, Blair’s actions were “a profound betrayal of trust.”  A month later, Executive Editor Howell Raines and managing editor Gerald Boyd turned in their own resignations.

Blair’s response to the student’s question was measured and thoughtful. It is, after all, a question that he has been asked – by editors, journalists, readers – for 13 years.

“There’s not one real, solid reason… it was a perfect storm of events.”

He got into journalism for noble reasons, he said. “I really cared about the profession and the impact, I didn’t really care about the fame and glory.”  That didn’t stop him, however, from fabricating quotes and stories, decisions he now attributes to “a combination of deep-seated character flaws.”

Blair was suffering from undiagnosed bipolar disorder and recovering from severe drug and alcohol addiction – which added fuel to an up-and-down cycle of plagiarizing and fabricating.

But Blair doesn’t believe his mental state is an excuse for what he did. “There are plenty of mentally-ill writers out there who don’t do similar things.” Instead, he emphasized, it was his character that was at the core of the problem.

Despite the scathing report about his journalistic sins, many people at the Times responded with humanity and compassion. The higher-ups at the newspaper ultimately put Blair in touch with the psychiatrists that helped him treat his bipolar disorder, he said.

In the class, Professor Bill Adair’s News as a Moral Battleground, students peppered him with questions. Does he have advice for his younger self?  When did he begin fabricating? Was it the system or himself? Blair begins fidgeting with a piece of blue cloth from his pocket as he tackles each one.

“I was too arrogant. That arrogance blinded me to a lot of my weaknesses.”

It began small, Blair remembered. His first instance of plagiarism was an unattributed quote taken from the Associated Press in an interview – one he was sure his editors would catch. But no one did.

“Once you do something that crosses any ethical line… it is easy to go back and do it over and over,” he said. “I danced around it and then crossed it and had a real hard time coming back.”

Is he sorry for what he did?

“Absolutely” he said without hesitation. Although he is not sorry for himself  – it made him more humble, he believes, which strengthened his character – he is sorry for the colleagues he betrayed, the family he worried, and the damage he caused to journalism’s reputation. “I feel a lot of sadness. I handed people who didn’t want to believe journalists a great case for why they shouldn’t trust things. That hits me.”

Blair now lives in Northern Virginia, close to the family and friends he grew up with.  After starting support groups in his area, he began working in mental health and currently runs his own life coaching practice. Although he wrote a book in 2004 about his experience, Burning Down my Masters’ House, he says he regrets writing it so soon after the scandal. It took him, he estimates, eight years to truly gain perspective on what happened. “I’m gonna burn all the copies!” he joked.

He isn’t seeking to return to journalism, he said, because he understands why he’d never be hired. “Once you’ve done something that leads people to question your trust, your effectiveness in the field becomes limited. You don’t have the right to go back.”

“I still love journalism. I miss it. (But) it just doesn’t work without the trust.”

Isabella Kwai is a Duke senior and a student in the class.