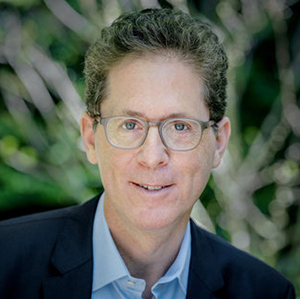 John Hechinger, a senior editor at Bloomberg News, addressed a room of Greek-affiliated and unaffiliated Duke undergraduates on Jan. 23, devoting a portion of his lecture to the issue of liability insurance within fraternities.

“You should know this,” he said solemnly. “Students are taking the liability on themselves. You’re likely to be named if someone dies.”

In September 2017, Hechinger published True Gentlemen: The Broken Pledge of America’s Fraternities, an exposé of American fraternity life. The book offers a deep dive on Sigma Alpha Epsilon, a historically white fraternity that has made headlines for sexual assault, racism and alcohol-induced deaths during hazing.

“There had never been an African-American member of SAE, and I wanted to explore that,” Hechinger said during a discussion provocatively titled, “Can Fraternities Be Saved? Can They Save Themselves?”

“Turns out at the University of Alabama, there are a whole bunch of fraternities… none of them have ever had African-American members,” he continued.

Hechinger said the lack of diversity that exists among historically white fraternities can be seen on Duke’s own campus.

“It’s an extreme example of what the Duke Chronicle is now writing about,” he said, referencing a Jan. 19 article that examined socioeconomic and geographic diversity within Duke fraternities and sororities.

But Hechinger said Duke’s Greek system is still very different from those at other universities. He identified Duke’s efforts to delay rush until the spring semester of each school year and bolster non-Greek social organizations, such as Selected Living Groups, as successful ways to create a safer campus environment.

“I think Duke does a lot of things right,” he said.

One student asked Hechinger how Duke administrators could be more transparent about fraternities. “It takes exposure to force an organization to change,” he responded. “I’d like to see all the reports of sexual assault disclosed and mapped so you can see where they happen… and know the demographics, too.”

Although national fraternities have been thrust into the limelight over scandal and death, Hechinger said fraternities are more popular than ever. 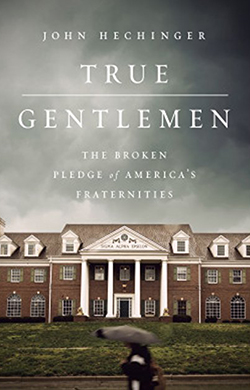 “They are popular for a reason,” Hechinger said. “People really find value in them. Research shows that people who belong to fraternities believe they’ve had a better college experience and have a better sense of well-being.”

“That’s a testament to the power of networking,” Hechinger said.

For this reason, universities and fraternities have a tenuous relationship. “They infuriate, yet need, each other,” Hechinger writes in his book. “College administrators who try to crack down on fraternity misbehavior often find themselves confronting an influential, well-financed and politically connected adversary.”

Hechinger concluded his lecture by advocating for institutional change.

“If fraternities grapple with these issues, particularly the diversity issue, I think they do have a future,” he said. “I hope they focus more on values of brotherhood.”