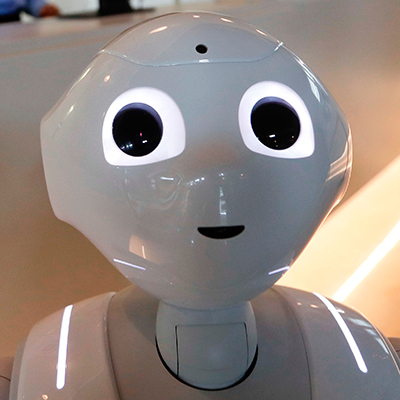 Students in the Duke Reporters’ Lab have built a bot that is like an intern who watches TV around the clock.

Asa Royal, a junior at Duke University, and Lucas Fagan, a freshman, have created Tech & Check Alerts, a new tool in a series of innovations the Reporters’ Lab is creating to help simplify the fact-checking process.

Using Tech & Check Alerts, the Lab can identify check-worthy claims in television news transcripts and send them to fact-checkers in daily email alerts.

“We’re going to save fact-checkers a lot of time and help them find things that they would otherwise miss,” said Mark Stencel, co-director of the Reporters’ Lab.

Though the fact-checking industry is growing worldwide, the organizations doing that work are typically small, even one-person enterprises, and the workload can be burdensome. Fact-checkers often have to sift through pages of text to find claims to check. This time-consuming process can create a substantial time gap between when statements are made and when fact-checks are available to viewers or readers.

The Tech & Check Alerts automate that process. Royal and Fagan, who are both computer science majors, created a program that scans transcripts of TV news channels, such as CNN, for claims that fact-checkers may want to investigate. It then compiles the check-worthy claims and sends them in a daily email to fact-checkers at The Washington Post, PolitiFact, the Associated Press, FactCheck.org and The New York Times, among others. Thus far, there have been seven fact-checks performed based on these alerts.

“Journalists don’t have to watch 15 hours of CNN or read the entire congressional report,” Royal said. “We’ll do it for them.”

Royal and Fagan created Tech & Check Alerts using ClaimBuster, an algorithm created by computer scientist Chengkai Li from the University of Texas at Arlington. ClaimBuster scans blocks of text and identifies “check-worthy” claims, based on indicators such as past-tense verbs, numbers, dates or statistics. It ranks statements from 0 to 1.0 based on how likely they are to be checkable; any statements that score a 0.7 or higher are typically considered check-worthy.

According to Royal, Li’s technology had yet to be used much outside of academia, so leaders of the Tech & Check Cooperative decided to utilize it for daily alerts.

“There’s already software that can find factual claims, and there are already fact-checkers who can check them,” Royal said. “We’re just solving the last-mile problem.”

The creation of Tech & Check Alerts is an important step for the Duke Tech & Check Cooperative, a two-year research project funded by the John S. and James L. Knight Foundation, the Facebook Journalism Project and the Craig Newmark Foundation.

The broader purpose of this initiative is to bring together journalists, academics and computer scientists from across the country to innovate and automate the fact-checking industry. Over the course of two years, the Reporters’ Lab will develop tools that ease the job of fact-checkers and make fact-checking more accessible to consumers. Another tool the Lab is currently working on is FactStream, an app that provides instant fact-checking during live events.

Alongside other student researchers, Fagan and Royal are working to improve Tech & Check Alerts to include additional sources such as daily floor speeches and debates from the Congressional Record, and social media feeds from endangered incumbents running in this year’s closest House and Senate races. Fact-checkers will have input on how these additional alerts will be deployed.

Fagan is also building a web interface that would give fact-checking partners a way to dig deeper into these feeds and perhaps even customize certain alerts. Freshman Helena Merk, another student researcher in the Lab, is building a tool that would deliver the daily alerts directly to a channel on Slack, a communication platform used in many newsrooms.

Once these improvements are completed, and Tech & Check Alerts are deployed more widely, they should help fact-checkers across the country.

“This project is a stepping stone in our process of using real-time claims and existing fact-checks to automate fact-checking in real time,” Stencel said.