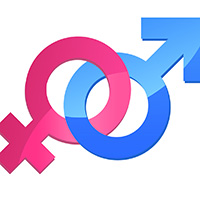 With Hillary Clinton the Democratic nominee for president, and women a critical voting block in this election cycle, you might have expected to see more female-narrated political advertisements on TV. But no: Men are still controlling the airwaves.

And the use of male and female voiceovers often conforms to gender stereotypes. Campaigns seem to employ male voiceovers as a default option in both positive and negative ads about candidates’ policies and plans. Female narrations, however, are relegated to attack ads that rarely discuss strategy — which aligns with patriarchal beliefs that women are less knowledgeable about policy.

Our analysis reviewed ads that included voiceovers or testimonials from constituents. We didn’t count the ads that featured a candidate as a narrator or involved both male and female voice-overs.

Since September, 138 ads have used male voiceovers to either promote a politician or attack someone else. The male narrators discuss anything from a candidate’s policy achievements and goals to corruption scandals involving another politician. The voiceovers are usually low and strong, possibly to convey a politician’s might or to create an ominous tone in attack ads.

For example, take a look at the National Republican Senatorial Committee’s “Money Tree” ad. Aside from its creepy use of fairy tale elements to criticize Senate candidate Catherine Cortez Masto (D-NV), the ad employs a voiceover that is unusually deep and seems artificial.

The female voiceovers, by contrast, have appeared in 118 ads and mostly question other candidates’ character. While 29 male voiceovers were positive, just 12 female narrations promoted a specific politician.

The ads often feature hopeless, worried women talking about their personal experiences with a candidate and why voters should not support him or her. In an ad called “Fix This,” a teacher in North Carolina criticizes Gov. Pat McCrory for trying to cut education funding. Toward the end of the ad, the teacher seems desperate as she calls on someone “to fix this.”

Women’s narrations also rarely appear in ads about policies and other traditionally “masculine” topics like national security and foreign affairs. Rather, female voiceovers usually discuss “feminine” issues, such as abortion, child care and education. Campaigns likely believe that ads about such topics will be more credible and striking with female voiceovers.

The disparities in the use of male and female voiceovers are nothing new.

A study published in Political Communication by Patricia Strach, an associate professor of political science and public administration and policy at the University of Albany, examined 7,000 campaign ads during the 2010-2012 congressional elections. Strach and her team of researchers found that 63 percent of the voiceovers were male, 28 percent were female and nine percent used both genders.

Strach reviewed different variables that could have factored into campaigns’ decisions to use male narrations, and surveyed participants about which types of voiceovers were most influential. Although she concluded that female voiceovers are more credible in ads about feminine issues, Strach found no evidence that male voiceovers are overall more effective than female narrations.

“It seems it’s a default or a bias that campaign managers have or the availability of these voices and not something that’s strategic,” Strach told the Reporters’ Lab.

“You can say really mean things, but it doesn’t come across as harsh when women are saying it,” Strach said.

Why campaigns use voiceovers in the way they do isn’t something we’re going to decipher with the election finally coming to an end. But it’s clear that even an election cycle as crazy as this one has not changed how campaigns use gender to promote and attack politicians.