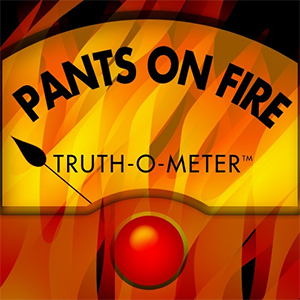 We’ve made some improvements to FactPopUp, our real-time fact-checking tool.

FactPopUp allows fact-checking organizations to provide live fact-checks via Twitter to users watching a live stream of a political event on their computers.

The new version is more reliable and easier to use. A Twitter account is no longer required to use the extension, and FactPopUp can be easily configured to receive fact-check tweets from any Twitter account.

Powering the new version of FactPopUp is a significantly revised architecture. Users still download a simple Chrome extension from the Chrome webstore. However, fact-checking organizations will now run a simple server which uses Azure Notification Hubs to check for new tweets and send them to the extension clients.

The new version of FactPopUp was successfully tested by PolitiFact in order to provide live fact-checking for the presidential inauguration. More than 500 people have now participated in tests of FactPopUp, both during the inauguration and the 2016 election debates.

The code for the new version of FactPopUp is now available on GitHub, allowing anyone to set up and experiment with their own version of the system. In addition, FactPopUp is now configured so that the Reporters’ Lab can explore working with a range of fact-checking organizations to leverage FactPopUp for use during major political events around the world.

The Reporters’ Lab will continue to test and iterate FactPopUp, with the goal of eventually creating a universal live fact-checking solution that works on all major platforms and for all political events.