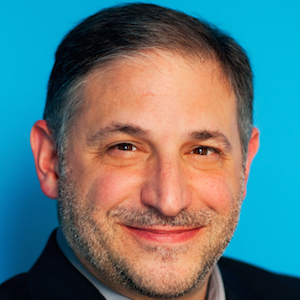 I am thrilled to announce that Mark Stencel, a leader in digital journalism and a veteran editor from NPR and the Washington Post, is joining the Duke Reporters’ Lab as Co-Director and will teach in the Sanford School of Public Policy as a Visiting Lecturer.

Fact-checking will be part of a new class Mark will teach next spring tentatively called Watchdog Journalism and the 2016 Election that will include practical skills and philosophy behind accountability reporting in national and local campaigns.

Mark is a rare talent in American journalism because he has experience on the business and editorial sides of publishing. He held senior editing and management positions at the Post, Governing magazine and Congressional Quarterly. He has often been years ahead of others in journalism in exploring new story forms and alternative sources of revenue.

At NPR, he was the managing editor for digital news, leading a team of more than 60 journalists and overseeing the network’s reporting for an online audience that more than doubled in four years to over 20 million readers and listeners. At the Post, he was an editor on the company’s first website and later directed groundbreaking digital coverage of the impeachment of President Bill Clinton and the 2000 election.

He didn’t need a campus tour. Before he shifted to digital media in the mid-1990s, Mark was a science and technology reporter for the News & Observer, covering Research Triangle Park from the paper’s bureau in Durham. Three months into the job, he was drafted into reporting on campus reaction to Duke’s somewhat unexpected return to the Final Four in 1994.

Mark and I co-authored last year’s Reporters’ Lab report The Goat Must Be Fed, which explored the reasons for the slow adoption of digital tools in American newsrooms.

He was a political fact-checker before fact-checking was cool, having created a debate fact-checking feature for the Post in 1996. This year, he authored an American Press Institute report on the impact of fact-checking, which he excerpted in a Politico article titled “The Weaponization of Fact-Checking.” He began his career as an assistant to a legendary journalist who sparked the modern fact-checking movement, Washington Post political columnist David S. Broder.

Mark was the co-author of two books on media and politics, On the Line: The New Road to the White House (written with CNN’s Larry King) and Peepshow: Media and Politics in an Age of Scandal (written with scholars Larry J. Sabato and S. Robert Lichter). He is the board chair for the Student Press Law Center and an advisory board member for Mercer University’s Center for Collaborative Journalism in Macon, Ga.

He graduated from the University of Virginia with a degree in Soviet studies. But that was the year before the Soviet Union ceased to exist, so he often says his credentials as a media ‘futurist’ should be regarded with skepticism.

TAGGED: Fact-checking database, The Goat Must Be Fed report