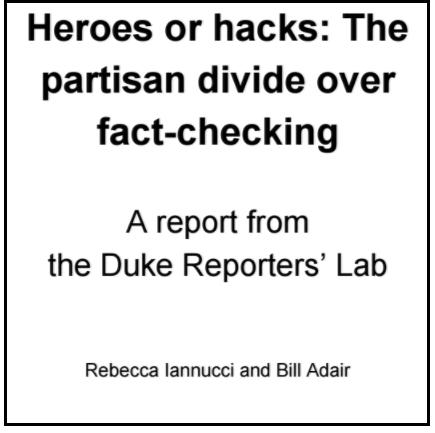 Conservative writers aren’t fond of fact-checking. They belittle it and complain that it’s biased. They say it’s “left-leaning” and use sarcastic quotes (“fact-checking”) to suggest it’s not legitimate. One writer likens PolitiFact to a Bangkok prostitute.

Liberal writers admire fact-checking. They cite it favorably and use positive adjectives such as “independent”  and “nonpartisan.” They refer to fact-checkers as “watchdogs” and “heroes.”

To examine partisan differences over fact-checking, we analyzed some of the most widely read conservative and liberal sites. Our students in the Duke Reporters’ Lab identified 792 statements that referred to fact-checkers or their work. We found a stark partisan divide in the tone, the type of references and even the adjectives the writers used.

Our report, Heroes or hacks: The partisan divide over fact-checking, reveals a serious problem for the growing number of fact-checkers, journalists who research and rate the accuracy of political statements. They emphasize their neutrality and nonpartisan approach, but they face relentless criticism from the political right that says they are biased and incompetent. 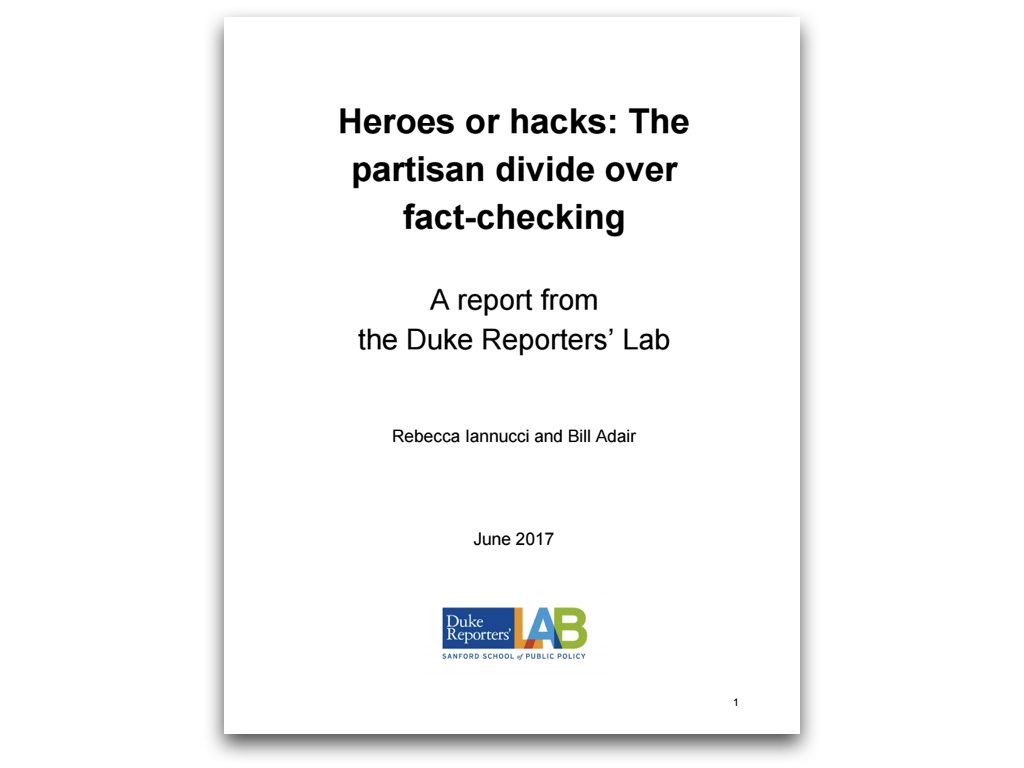 We found the most revealing differences in the words the writers used to describe fact-checkers and their work.

Liberals emphasize they are nonpartisan and call them “respected,” “reputable” and “independent.” Fact-checkers are “watchdogs” or “heroes.” PolitiFact is described as “Pulitzer Prize-winning.”

Conservatives use words such as “left-leaning,” “biased,” “hackiest” and “serial-lying.” They question the legitimacy of fact-checkers by calling them “self-proclaimed.”

The most wicked criticism came from Jonah Goldberg of the National Review, who called PolitiFact “the hackiest and most biased of the fact-checking outfits, which bends over like a Bangkok hooker to defend Democrats.”

Our findings indicate that fact-checkers have some work to do. They need to strengthen their outreach to conservative journalists and, particularly, to conservative audiences. The fact-checkers need to understand the reasons for the partisan divide and find ways to broaden the acceptance of their work.