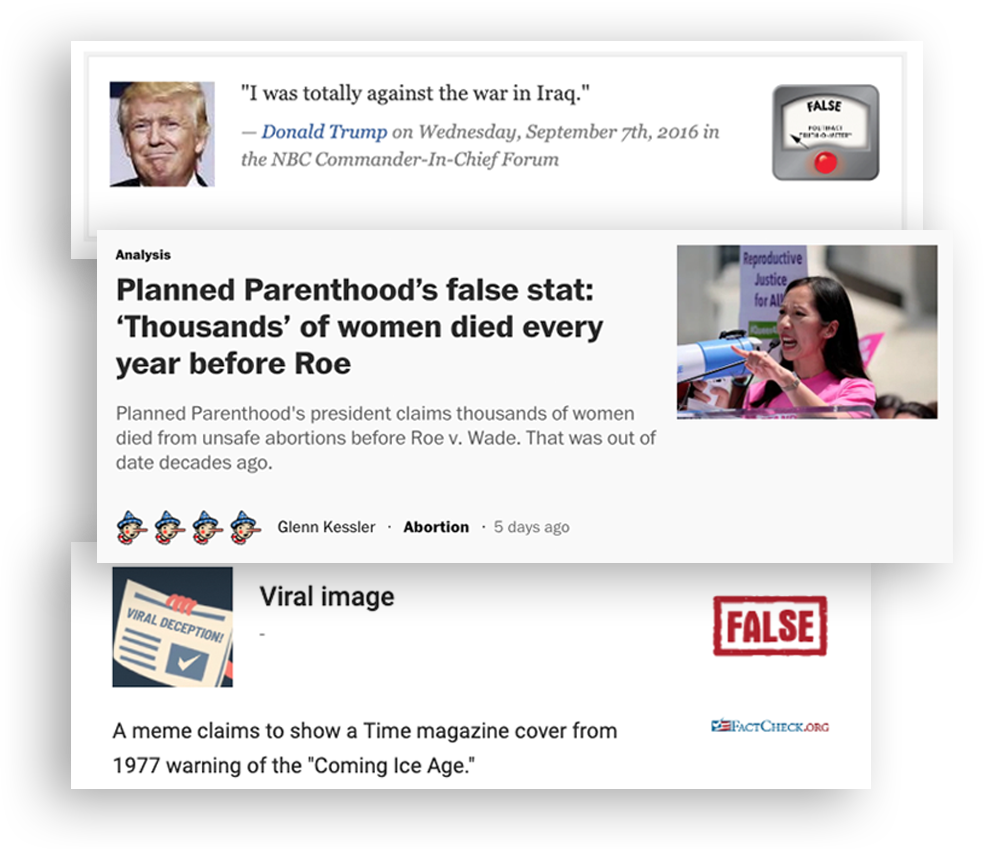 The Duke Reporters’ Lab has launched a global effort to expand the use of ClaimReview, a standardized method of identifying fact-check articles for search engines and apps.

Funded by a grant from the Google News Initiative, The ClaimReview Project provides training and instructional materials about the use of ClaimReview for fact-checkers around the world.

“ClaimReview is the secret sauce of the future,” said Bill Adair, director of the Duke Reporters’ Lab. “It enables us to build apps and automate fact-checking in new and powerful ways.”

Slightly less than half of the 188 organizations included in our fact-checking database use ClaimReview.

At the Global Fact 6 conference in Cape Town, the Lab led two sessions designed to recruit and train new users. During a featured talk titled The Future of ClaimReview, the Lab introduced Google’s Fact Check Markup Tool, which makes it easier for journalists to create ClaimReview. They no longer have to embed code in their articles and can instead create ClaimReview by submitting a simple web form.

In an Intro to ClaimReview workshop later in the day, the Lab provided step-by-step assistance to fact-checkers using the tool for the first time.

The Lab also launched a website with a user guide and best practices, and will continue to work to expand the number of publishers using the tool.