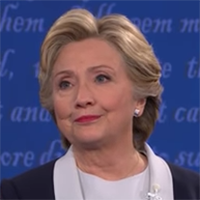 As fact-checking grows, journalists don’t always agree about which claims to check, but when they do, they nearly always concur on whether it’s true or false.

A Duke Reporters’ Lab examination of seven fact-checking organizations during the second presidential debate — PolitiFact, The Washington Post, The New York Times, Bloomberg, NPR, Politico and CNN — found they examined 81 different claims, with 24 of the claims checked by more than one outlet. (Note: These are claims that were checked during and immediately after the debate. Our findings don’t include any fact-checks done long after the debate had ended.)

The Reporters’ Lab also found that fact-checkers nearly always reached the same conclusions. Of the 24 claims checked by multiple outlets, the fact-checkers disagreed for only three.

Whenever an outlet published a fact-check, student researchers from the Reporters’ Lab logged it in a spreadsheet with the statement, the rating and the link and grouped all the fact-checks of the same claim together.

The most common form of live fact-checking is within a liveblog or a single webpage that can be updated with each fact-check, a format that The New York Times, Bloomberg, The Washington Post, Politico, CNN and PolitiFact used. These organizations provided brief analyses of the claims to justify how they rated them, if there were ratings at all. Several organizations also tweeted links to previous fact-checks.

The New York Times, Politico, CNN and PolitiFact all had articles or blog posts dedicated to fact-checking, while The Washington Post and Bloomberg interspersed fact-checks throughout their liveblogs with general analysis of the debate.

PolitiFact also wound up publishing 10 new fact-checks of statements made during the debate between the conclusion of the 90-minute spectacle Sunday night and the early morning hours Monday.

NPR maintained an annotated transcript of the debate, with a fact-check inserted wherever there was a questionable claim.

Six outlets debunked Trump’s claim that he opposed the Iraq War from the beginning. But not all fact-checks were as straightforward as the conclusion for that claim, which Trump has continued to flaunt in the face of audio evidence and universal agreement among fact-checkers for his entire campaign.

Trump’s statement early in the debate that former president Bill Clinton “was impeached and lost his license to practice law and paid an $850,000 fine to one of the women, Paula Jones,” created some disagreement among fact-checkers.

Politico and The New York Times used the same evidence to come to different ratings. Politico’s primary conclusion in the first sentence of its analysis was that “Donald Trump is wrong to say Bill Clinton paid a fine,” arguing that the $850,000 payment was a “settlement” instead. The fact-check went on to acknowledge that Clinton was impeached and did have his license to practice law suspended.

The New York Times rated the same statement “mostly accurate,” choosing to focus on the impeachment and the suspension of Clinton’s license to practice law. Although the Times acknowledged the difference between a settlement and a fine, they did it toward the end of the fact-check and did not magnify that part of the statement as much as Politico did.

Politico and the Times also disagreed on Trump’s claim that Hillary Clinton deleted 33,000 emails after getting a subpoena, which Politico called “misleading” and the Times called “mostly true.” Although Politico acknowledged that Clinton did technically delete the emails after getting a subpoena, reporter Josh Gerstein pointed out that “she gave the instruction to erase those messages in late 2014, before she was subpoenaed.” The Times did not mention this detail.

PolitiFact split the difference on this statement and rated it Half True.