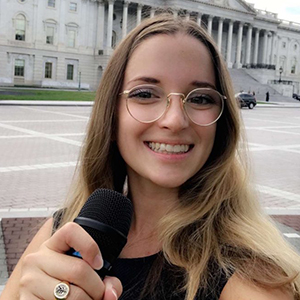 During the next several weeks, we will be taking a closer look at the summer internships held by students in the Policy Journalism and Media Studies certificate program and the Duke Reporters’ Lab. The students below are working in a range of fields, from investigative reporting to data analysis and political communications. (Catch up on Part 1 of this series.) 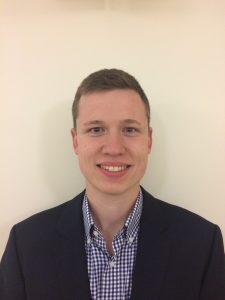 Drew Johnson is on the front line of the future of journalism. Johnson is interning in the Digital Strategy and Operations department at NBC News, helping the TV network explore new business models.

“My biggest project so far has involved analyzing two social media feeds under the NBC News umbrella to see how they are similar and different,” Johnson said. “In the coming weeks, I will be creating an analysis of NBC News’ push alerts to see how they can be used most effectively, while also working on a project that looks at how NBC News can best target younger audiences — a demographic that legacy media companies have traditionally struggled to capture.”

At Duke, Johnson is a Policy Journalism and Media Studies certificate student and has been an associate editor for the Duke Chronicle. His experience on both the editorial and business sides of news give him a broad perspective, he said.

Johnson said he has been surprised at the level of interdepartmental collaboration his projects have required.

“Very rarely have I completed projects without working together with members of other NBC News departments,” Johnson said. “The collaboration also means that when a project is finally done, it is full-bodied, wide-ranging and includes input from many different parts of the company.”

He recently presented his work to senior NBC News executives, which he said was an important milestone at the internship.

“I know I have a unique opportunity whenever I get face time with the decision-makers, and it’s great to know that the work I’m doing informs choices that executives are making with respect to the company’s vision and how NBC News uses its resources,” Johnson said. “It’s a great feeling when you have worked hard on a project and become an expert on a specific topic and can pass that information onto people who are genuinely interested in — and have the power to act on — what I have discovered.” 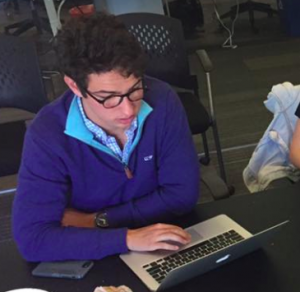 During his summer internship at the Center for Investigative Reporting, Ben Leonard has enjoyed producing journalism that makes a difference.

The center publishes its work on a website called Reveal, which is also the name of the center’s public radio program and podcast. Leonard promotes the center through social media and does research and writing to help with investigative projects.

“Day-to-day, that entails a lot of searching for stories, crafting tweets and Facebook posts that tell stories fairly, and finding groups, influencers and journalists and reaching out to them with our stories,” Leonard said. “I tend to get that done early in the day, and have most of the day free to work on research for investigations when I’m not in meetings.”

Leonard said he has enjoyed working alongside seasoned reporters.

“Sitting in on editorial meetings has been extremely fulfilling because I get to see how a newsroom really works,” he said. “I’ve learned so much from just experiencing that process and getting to know our reporters. Investigative journalism sounds intimidating, but all you need to get started is an Internet connection.” 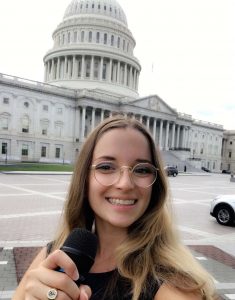 As a political affairs and strategy intern at Precision Strategies, a Washington, D.C., consulting firm, Riley Griffin helps to craft communications approaches that have an impact.

“I’ve written op-eds, media advisories and various research reports on upcoming legislation, social media trends and corporate responsibility initiatives,” Griffin said. “Because I’m assigned to many clients, every day feels different and is subject to the political whims of the moment.”

Precision Strategies has done work for clients such as the Democratic Senatorial Campaign Committee and Planned Parenthood. It is headed by veterans of President Obama’s campaigns.

Griffin recently went to Capitol Hill to interview protesters demonstrating against the Senate Republicans’ health care bill. She also helped with a project that examined the growing population of incarcerated women.

She collaborates with coworkers who have a variety of backgrounds, from political campaigns to data analysis and crisis management. For Griffin, a student in the Policy Journalism and Media Studies certificate program and the Huffington Post Campus Editor-At-Large for Duke, the experience has given her some helpful insights into journalism.

“I now understand the process by which many articles about government, nonprofits, and corporations get pitched and ultimately published,” Griffin said. 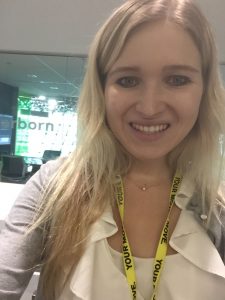 Claire Ballentine is spending the summer in Detroit writing about the future of the automobile industry. She says the city is a surprisingly upbeat place.

Ballentine is interning in the Bloomberg News Detroit bureau, where she is covering industry trends and the Big Three car companies – General Motors, Ford and Fiat-Chrysler. For someone who had little to no knowledge of the auto industry before this summer, she’s had a steep learning curve but has found the work fulfilling. As the only intern in the office, she has been able to work closely with veteran reporters.

In addition to her reports on the auto industry — one of which gave her an opportunity to ride in driverless cars — Ballentine has also helped with stories ranging from Amazon’s acquisition of Whole Foods to the ongoing water crisis in Flint.

“The main Bloomberg office in New York will contact reporters at different bureaus in different cities when they need information from other parts of the country,” Ballentine said. “When Amazon took over Whole Foods a couple of weeks ago, they sent me out to a Whole Foods to interview customers. I went to Flint, Michigan last week, and I interviewed people about the water crisis two years on.”

Ballentine said her experience at the Duke Chronicle, where she served as editor-in-chief during the 2016/17 academic year, has been vital for her.

“A lot of journalism is about critical thinking, and having a certain skepticism about the world,” Ballentine said. “Duke is a place where, journalistically, you can really foster that.” 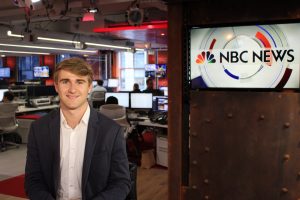 Russian hacking and collusion in the U.S. elections. Health care fraud in the opioid crisis. Cellphone smuggling into state prisons. The range of projects Matthew Riley has been working on this summer at NBC News has introduced him to the hard-hitting world of government and business corruption.

As an intern in the investigative news unit at NBC News, Riley researches, writes and helps produce investigative stories shown on programs such as Nightly News with Lester Holt and Sunday Night With Megyn Kelly. On a day-to-day basis, Riley is contacting public information officers at state and federal government departments, providing database and background research, crafting stories and occasionally assisting with production shoots of interviews.

Riley, a rising senior and public policy major, has previously written investigative stories for the Duke Chronicle, one of which debunked a Duke security guard’s claims of having been a war veteran and 9/11 responder. In the last two months, Riley has been able to develop his newswriting and research skills.

“I’ve gained a new intellectual understanding of policy, stakeholders and media-government relations,” Riley said. “I’ve learned practical skills to get the information I need. Knowing which government office to call and when to call it, how to conduct an interview most effectively and how to request hidden information that is public record are valuable skills that I practice daily.”

As a journalist, Riley said he seeks to tell stories that can change people’s lives for the better. His first byline covered the story of George Herscu, one of many Romanian Holocaust survivors who were recently recognized and compensated by the German government.

Riley has found the work of investigative journalism to be both engaging and fulfilling.

“I show up at work excited and curious about what I will discover,” Riley said. “Every day I learn something new that someone doesn’t want me to know. I get a rush out of digging into a story, unearthing information that is difficult to obtain and then using that information to fuel action and policy change through journalism. It is invigorating to know that my work can have a direct and positive impact on millions of people.”