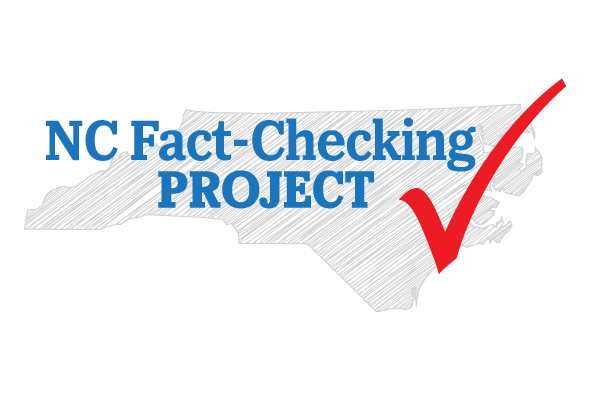 Five student journalists reviewed thousands of statements that hundreds of North Carolina candidates vying for state and federal offices made online and during public appearances. They collected newsy and checkable claims from what amounted to a firehose of political claims presented as fact.

Editors and reporters then selected claims the students had logged for most of the project’s 30 plus  fact-checks and six summary articles that the News and Observer and PolitiFact North Carolina published between August and November.

Duke senior Bill McCarthy was part of the four-reporter team on the project, which the North Carolina Local News Lab Fund supported to expand local fact-checking during the 2018 midterms and beyond in a large, politically divided and politically active state.

“Publishing content in any which way is exciting when you know it has some value to voters, to democracy,” said McCarthy, who interned at PolitiFact in Washington, D.C. last summer. “It was especially exciting to get so many fact-checks published in so little time.”

Reporters found politicians and political groups often did not stick with the facts during a campaign election season that that fielded an unusually large number of candidates statewide and a surge in voter turnout.

And on and on.

Digging for the Truth

Work in the lab was painstaking. Five sophomores filled weekday shifts to scour hundreds of campaign websites, social media feeds, Facebook and Google political ads, televised debates, campaign mailers and whatever else they could put their eyes on. Often they recorded one politician’s attacks on an opponent that might, or might not, be true.

Students scanned political chatter from all over the state, tracking competitive state and congressional races most closely. The resulting journalism was news that people could use as they were assessing candidates for the General Assembly and U.S. Congress as well as six proposed amendments to the state constitution.

The Reporters’ Lab launched a mini news service to share each fact-checking article with hundreds of newsrooms across the state for free.

The Charlotte Observer, a McClatchy newspaper like the N&O, published several checks. So did smaller publications such as Asheville’s Citizen-Times  and the Greensboro News and Record. Newsweek cited  a fact-check report by the N&O’s Rashaan Ayesh and Andy Specht about a fake photo of Justice Kavanaugh’s accuser, Christine Blasey Ford, shared by the chairman of the Cabarrus County GOP, which WRAL referenced in a roundup.

While N&O reporter Andy Specht was reporting a deceptive ad from the Stop Deceptive Amendments political committee, the group announced plans to change it.