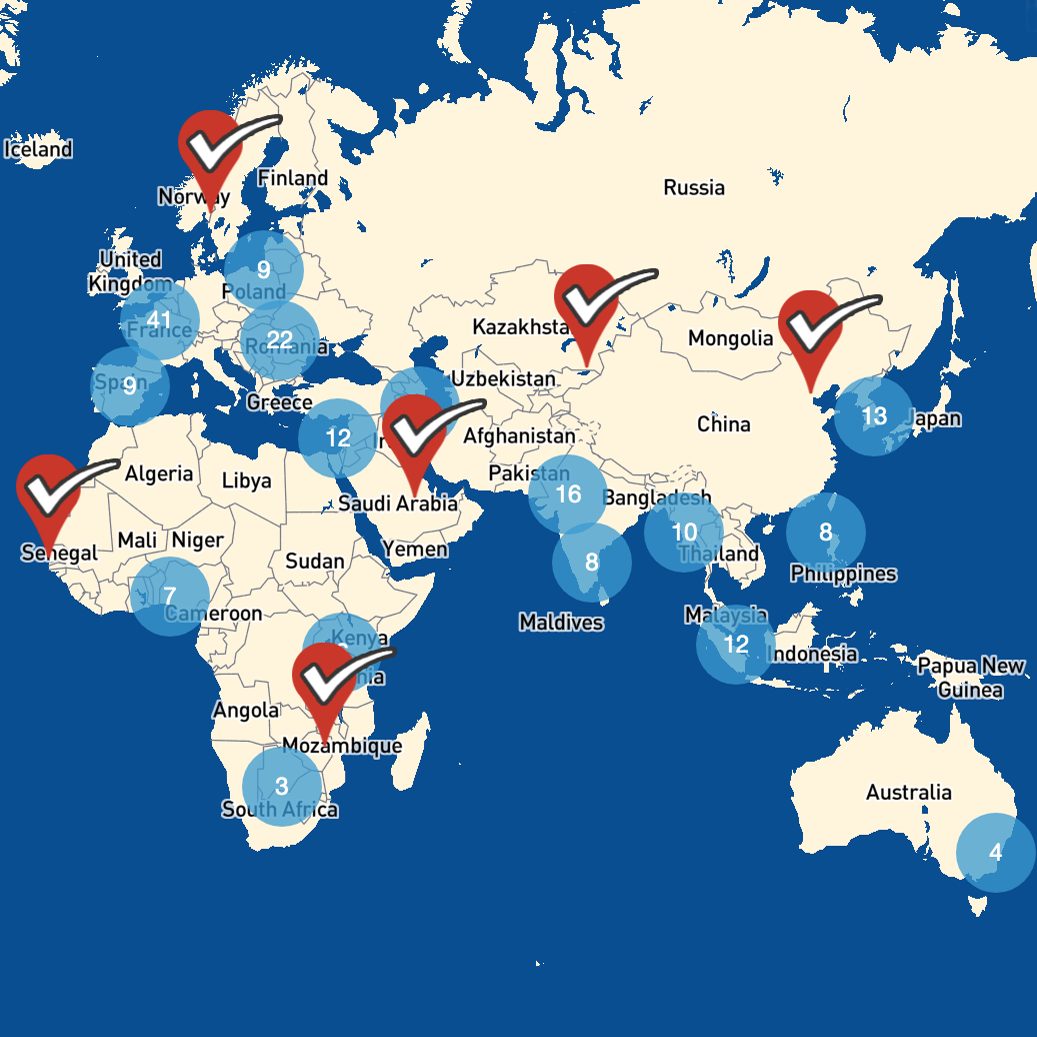 The number of active fact-checkers around the world has topped 300 — about 100 more than the Duke Reporters’ Lab counted this time a year ago.

Some of that growth is due to the 2020 election in the United States, where the Lab’s global database and map now finds 58 fact-checking projects. That’s more than twice as many as any other country, and nearly a fifth of the current worldwide total: 304 in 84 countries.

But the U.S. is not driving the worldwide increase.

The last U.S. presidential election sounded an alert about the effects of misinformation, especially on social media. But those concerns weren’t just “made in America.” From the 2016 Brexit vote in the U.K. to this year’s coronavirus pandemic, events around the globe have led to new fact-checking projects that call out rumors, debunk hoaxes and help the public identify falsehoods.

Over the past four years, growth in the U.S. has been sluggish — at least compared with other parts of the world, where Facebook, WhatsApp and Google have provided grants and incentives to enlist fact-checkers help in thwarting misinformation on their platforms. (Disclosure: Facebook and Google also provided support for research at the Reporters’ Lab.)

By looking back at the dates when each fact-checker began publishing, we now see there were about 145 projects in 59 countries that were active at some point in 2016. Of that 145, about a third were based in the United States.

The global total more than doubled from 2016 to now. And the number outside the U.S. increased two and half times — from 97 to 246.

During that same four years, there were relatively big increases elsewhere. Several countries in Asia saw big growth spurts — including Indonesia (which went from 3 fact-checkers to 9), South Korea (3 to 11) and India (3 to 21).

The comparison is also striking when counting the fact-checkers by continent. The number in South America doubled while the counts for Africa and Asia more than tripled. The North American count was up too — by a third. But the non-U.S. increase in North America was more in line with the pace elsewhere, nearly tripling from 5 to 14.

These global tallies leave out 19 other fact-checkers that launched since 2016 that are no longer active. Among those 19 were short-lived, election-focused initiatives, sometimes involving multiple news partners, in France, Norway, Mexico, Sweden, Nigeria, Philippines, Argentina and the European Union.

Several factors seem to account for the slower growth in the U.S. For instance, many of the country’s big news media outlets have already done fact-checking for years, especially during national elections. So there is less room for fact-checking to grow at that level.

USA Today was among the only major media newcomers to the national fact-checking scene in the U.S. since 2016. The others were more niche, including The Daily Caller’s Check Your Fact, the Poynter Institute’s MediaWise Teen Fact-Checking Network and The Dispatch. In addition, the French news service AFP started a U.S.-based effort as part of its efforts to establish fact-checking teams in many of its dozens of international bureaus. The National Academies of Sciences, Engineering and Medicine also launched a fact-checking service called “Based on Science” — one of a number of science- and health-focused fact-checking projects around the world.

Of the 58 U.S. fact-checkers, 36 are focused on state and local politics, especially during regional elections. While some of these local media outlets have been at it for years, including some of PolitiFact’s longstanding state-level news partners, others work on their own, such as WISC-TV in Madison, Wisconsin, which began its News 3 Reality Check segments in 2004. There also are one-off election projects that come to an end as soon as the voting is over.

A wildcard in our Lab’s current U.S. count are efforts to increase local fact-checking across large national news chains. One such newcomer since the 2016 election is Tegna, a locally focused TV company with more than 50 stations across the country. It encourages its stations’ news teams to produce fact-checking reports as part of the company’s “Verify” initiative — though some stations do more regular fact-checking than others. Tegna also has a national fact-checking team that produces segments for use by its local stations. A few other media chains are mounting similar efforts, including some of the local stations owned by Nexstar Inc. and more than 260 newspapers and websites operated by USA Today’s owner, Gannett. Those are promising signs.

There’s still plenty of room for more local fact-checking in the U.S. At least 20 states have one or more regionally focused fact-checking projects already. The Reporters’ Lab is keeping a watchful eye out for new ventures in the other 30.

Note about our methodology: Here’s how we decide which fact-checkers to include in the Reporters’ Lab database. The Lab continually collects and new information about the fact-checkers it identifies, such as when they launched and how long they last. That’s why the updated numbers for 2016 used in this article are higher than the counts the Lab reported annual fact-checking census from February 2017. If you have questions or updates, please contact Mark Stencel or Joel Luther.