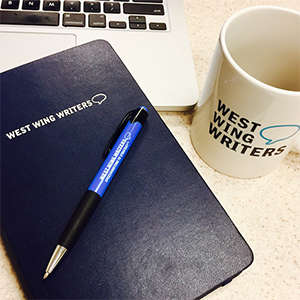 During the past several weeks, we have taken a close look at the summer internships held by students in the Policy Journalism and Media Studies certificate program and the Duke Reporters’ Lab. The students below are working on a range of projects involving journalism, from sports and education reporting to speechwriting and political communications. (Catch up on Part 1 and Part 2 of this series.)

Hank Tucker – The News and Observer 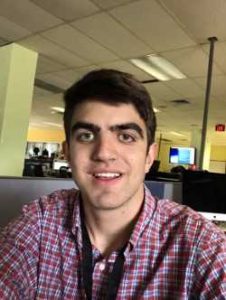 For Hank Tucker, spending his summer making the rounds of North Carolina’s college sports scene is great preparation for his role as the incoming sports editor for the Duke Chronicle. In the last two months, he has covered Jay Bilas, Duke graduate and ESPN college basketball analyst, Chuck Amato, the ex-North Carolina State head football coach, and Lincoln Riley, the new head football coach at the University of Oklahoma.

Tucker is covering local sports as an intern at the News & Observer in Raleigh. The relative dearth of competitive action in the summer months has challenged Tucker to approach sports news from fresh, interesting angles.

He recently reported on Raleigh’s bid for a Major League Soccer team and also wrote an article on efforts to revive Rickwood Field, the oldest professional baseball park in America.

“My favorite days are when I get to leave the office to cover an event or interview somebody locally,” Tucker said.

Working at the N&O has opened Tucker’s eyes to the existential struggles of the newspaper industry. Due to financial constraints, the newspaper discontinued its copy desk, which means that Tucker is solely responsible for the accuracy of his stories.

How news is read online is changing the role and metrics of the journalist, he discovered.

“I’ve known for a while and learned in classes that print newspapers are dying and becoming less profitable, but I’ve experienced it firsthand this summer,” Tucker said. “The N&O is going through a process called ‘newsroom reinvention,’ which is an effort to write more engaging stories for a digital audience and un-prioritize the print product. The beats for reporters are being reorganized and there is a much bigger emphasis on online page views.”

Tucker is keen to use this experience to amplify the Chronicle’s online presence.

“Learning more about how to reach more people and drive up online traffic has been a big thing that I’ll try to take back to school and apply at the Chronicle,” Tucker said. “Figuring out what works best in different areas of the Internet is something I never really thought about before but something that will obviously be more and more important with the way journalism is going.” 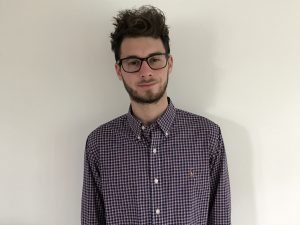 In Boston, Sam Turken is getting a firsthand experience of the city and its pressing social issues. In the past two months as an intern at WBUR, Boston’s NPR news station, Turken has covered everything from wealth disparities and affordable housing shortages to the city government’s response to a surge in violent gun crime.

Turken is interning at WBUR’s Newscast unit, which produces short news bulletins that are broadcast on NPR on the half-hour.

“It’s an amazing feeling to know that my writing is being read for NPR,” Turken said. “Newscast reports on every breaking development throughout the day. We’re among the first ones on the scene of every new notable story. And there has been no limit to what I’ve been able to write about and cover.”

In addition to reporting with Newscast, Turken has also had the opportunity to work on a variety of stories and projects with the digital team. He has helped build research databases on possible sanctuary cities in Massachusetts and engage East Boston residents in discussions about climate change through Listening Posts, which are digital forums that host community conversations.

Turken, the incoming managing editor of the Duke Chronicle, is an aspiring public radio journalist. He said that he has been able to learn about the mechanics of radio production through working with seasoned WBUR reporters and producers.

“Unlike most traditional print news writing, writing for radio involves writing more like the way you speak,” Turken said. “You have to present complicated information and topics in a way that is easy for listeners to understand. I have become more comfortable doing that over the past two months. I also have learned new tricks to capture and keep listeners’ attention.” 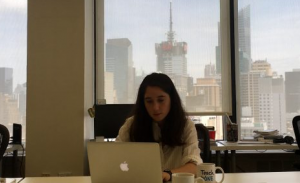 This summer, Julia Donheiser is reporting across the landscape of education issues. From New York City, she has covered stories ranging from the local to the federal, from the classroom to the policy desk, from the 2017 National Teacher of the Year to Betsy DeVos, the U.S. Secretary of Education.

Donheiser is an intern at Chalkbeat, an online, nonprofit publication that focuses on education reporting. Working at Chalkbeat is Donheiser’s first experience in the newsroom, and she said she has learned a lot about the nature of online journalism.

“I’m not big on social media at all,” Donheiser said. “In fact, I only have Twitter because my bosses throughout the years have pressured me into getting an account for the sake of journalism. It’s kind of crazy to see the additional readership we get just from tweeting things or sharing them on Facebook.”

At Duke, Donheiser is studying data journalism through Program II, a program that enables students to design their own interdisciplinary curriculum. This summer, she has appreciated the opportunity to practice the blend of long-term research and reporting she wants to do in the future.

During the past two months, Donheiser’s main project has centered on discrimination against LGBT students in the Indiana voucher program. She has analyzed more than 300 private school handbooks, interviewed school administrators on policies and built research databases.

“It’s really cool to be reporting on something and know that it’s going to stir up the discussion, at the very least,” Donheiser said. “It’s also kind of scary to think that I’m putting out data that’s going to make a lot of people angry, but that’s the nature of watchdog journalism.” 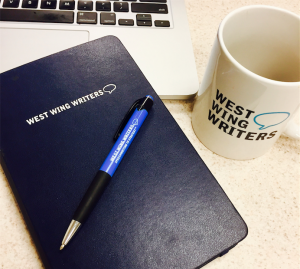 Working at West Wing Writers, Carly Stern is learning how the nuances of language can influence public policy discourse.

Stern is an intern at the Washington, D.C.-based speechwriting and political communications firm, which was started in 2001 by speechwriters from President Clinton’s speechwriting shop.

During the past two months, Stern has worked on projects focused on reproductive rights, U.S. foreign policy, stigma surrounding AIDS and workplace diversity.

“On a day-to-day basis, I provide research assistance and perform a range of writing-related tasks, but my work always varies,” Stern said. “When colleagues are looking to learn more about a new client or seeking to formulate an approach to an argument, I might take a deep dive at compiling relevant articles, institutional reports and data.”

Stern has taken many reporting classes through the Policy Journalism and Media Studies certificate program. She said the storytelling skills she developed in those courses have been useful to her internship, where she is involved with crafting complex policy arguments into digestible narratives.

The challenge of both communications and reporting is getting readers invested in your argument, she discovered.

“The work I’ve been doing at West Wing Writers requires me to consider these questions every day,” Stern said. “In particular, my tasks require comprehensive consideration of narrative structure. Framing is crucial, because I have to create a human connection to the statistics I’m compiling.”

Stern said she has enjoyed being pushed to think outside her point of view.

“When I’m working on a memo for a client, I can’t necessarily communicate how it comes most naturally to me,” Stern said. “I have to think about the language this person would use to make the point, and contemplate which personal biases might influence his or her perspective.” 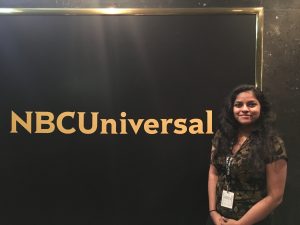 A rising junior and the incoming 2017-18 editor-in-chief of the Duke Chronicle, Likhitha Butchireddygari is finding that her college journalism experiences have been more than useful for real-world reporting on national stories.

Butchireddygari is an intern in the investigative unit at NBC News and has been involved in coverage of such issues as election security and the opioid crisis. She assists with research, data collection and reporting for collaborative investigative projects and also has been able to pursue her own investigations.

“So many of the skills I employ at my internship are skills I absorbed from Policy Journalism and Media Studies coursework, such as reporting from Newswriting and Reporting and data analysis from Journalism in the Age of Data,” Butchireddygari said. “I also first realized my interest in investigative journalism through an assignment for Bill Adair’s News as a Moral Battleground course. While researching an incidence of fabrication at a local Massachusetts newspaper, I realized how enthralling enterprise reporting can be.”

Butchireddygari said she has been surprised to learn of the intricacies of the television news production process. Her experiences at NBC News have reaffirmed her interest in a journalism career, she said.

“The most fulfilling part of my summer so far has been waking up every day excited to go to work, knowing that I have so much to do and contribute, and ending the day with a small sense of accomplishment,” Butchireddygari said. “I’ve been fortunate enough to have a very involved internship that allows me to contribute to so many meaningful and important projects.”