A former Duke Reporters’ Lab researcher has created a new tool to help readers discover the story behind the story.

Gautam Hathi, Trinity ‘17, has just published StoryTracer in the Google Chrome web store. The tool, a free extension for the Chrome browser, identifies source reporting behind news stories on the internet. It works by checking whether links embedded in online news articles connect to similar content elsewhere.

When users navigate to a webpage, StoryTracer will try to pinpoint the original source by examining the links on the page. If a likely source is identified, a pop-up will appear to indicate that the page might be based on content from one or more other sites. When links connect to sites that are not related to the webpage at hand, StoryTracer does not highlight them as likely sources. 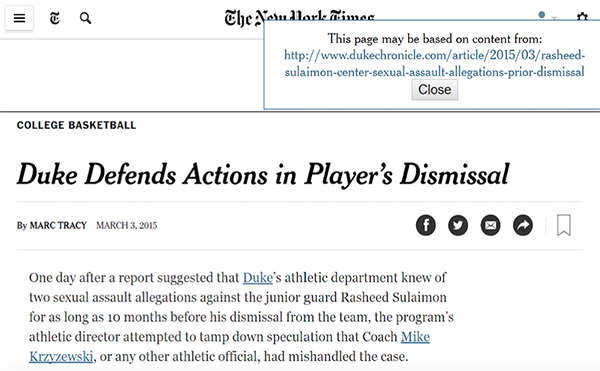 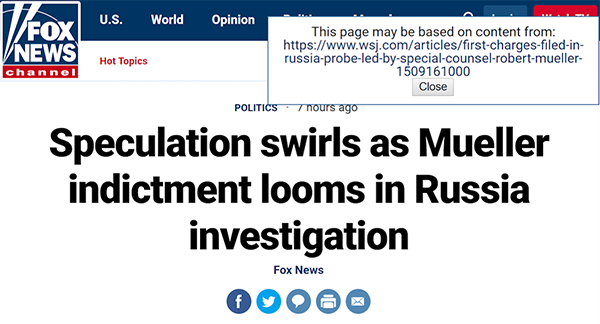 “It does this repeatedly, so once it follows a link, it will look at all the links on those pages and so on,” Hathi said.

Hathi, who studied computer science at Duke and currently works as a software engineer, started the project in April. He said the idea came out of conversations with colleagues at the Reporters’ Lab and The Chronicle, Duke’s independent student newspaper.

His first reason for initiating the project was to contribute to the fight against fake news.

“A component of [the fake news problem] was that people would read things and not understand where the information was coming from,” Hathi said. “You would have these chain stories where someone would report something and someone else would report it without mentioning who got to it first.”

Hathi said he also wanted to help deliver credit to publications responsible for original reporting. While a writer for The Chronicle, he often watched as local — and sometimes national — news outlets based stories off the paper’s reporting.

“It was always frustrating to us when others would use our reporting and basically get to publish the story on their sites, using the work that we had done without really giving us as much credit as we could have gotten,” he said.

The ultimate goal behind StoryTracer is to elevate readers’ understanding of the news they are consuming, Hathi said.

“I’m not under the illusion that this is going to revolutionize the way people read news,” he said. “But I did want to raise awareness about the fact that it is often easy to confuse what you’re reading with original reporting.” 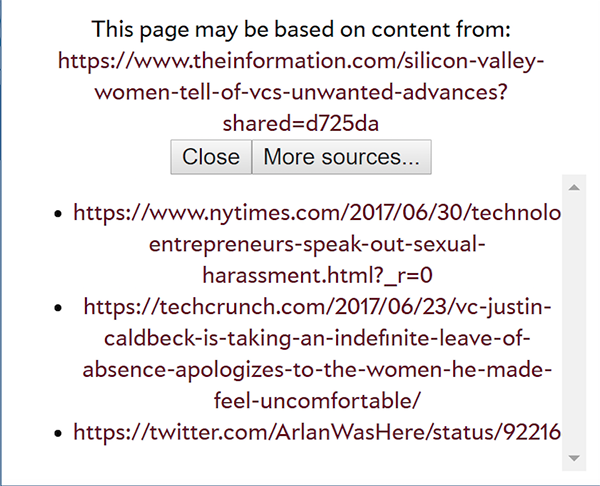 The code for StoryTracer is available on GitHub, so beta testers and users can set up and experiment with their own versions of the program. Feedback can be submitted through the Chrome Web Store.

Hathi said he is hoping beta testers will help identify “corner cases where things might not work as expected.” He has already found some complex website designs that disrupt StoryTracer’s ability to locate source reporting. In its current form, StoryTracer can sometimes miss sources that should be recognized as original reporting.

StoryTracer is not Hathi’s first experiment with projects designed to facilitate news consumption. In 2016, he built FactPopUp, a tool that allowed fact-checking organizations to provide live automated fact-checks via Twitter to users watching the live stream of a political event on their computers. He also contributed to the initial programming behind Share the Facts, a widget that helps users spread fact-checks across the internet.