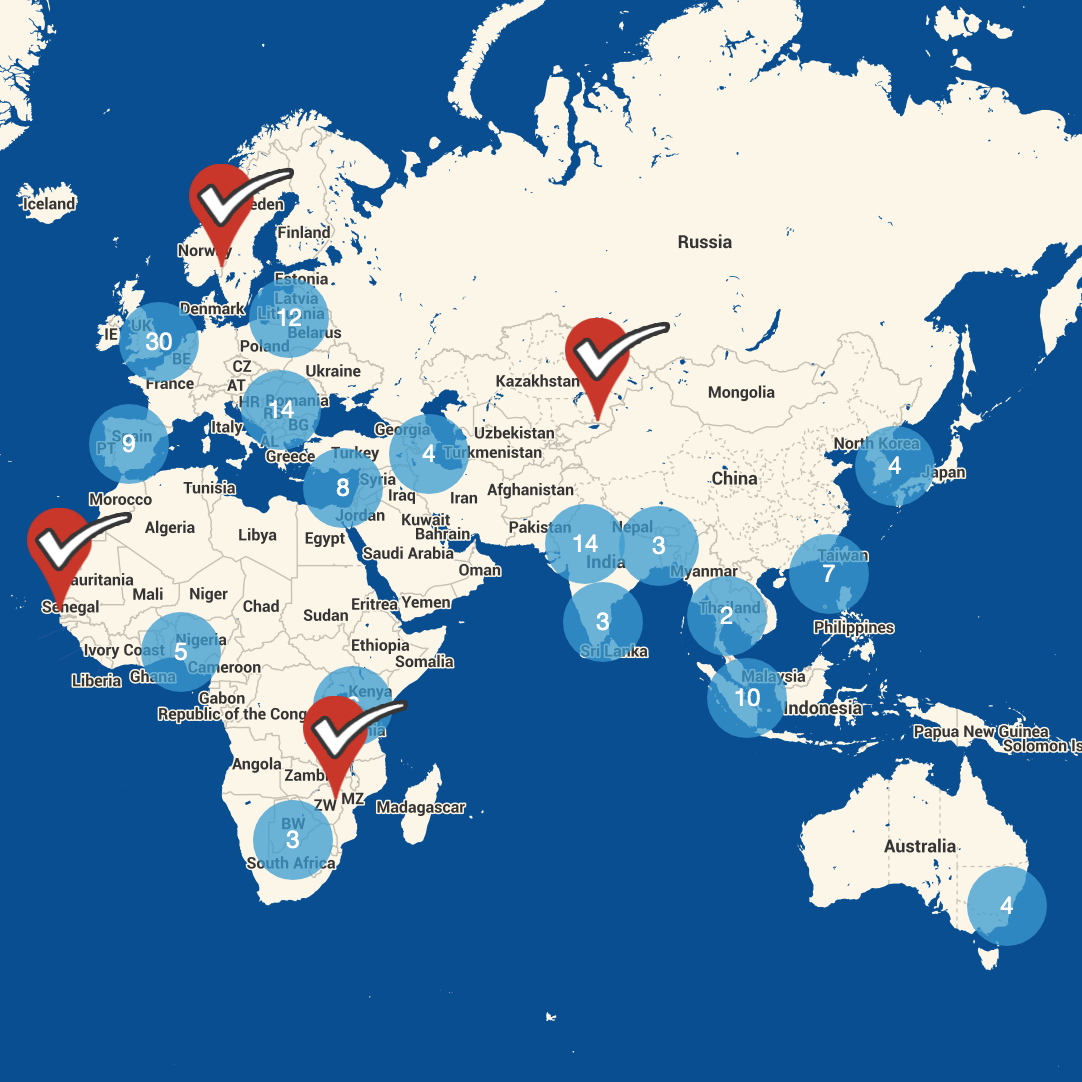 Fact-checking has expanded to 78 countries, where the Duke Reporters’ Lab counts at least 237 organizations that actively verify the statements of public figures, track political promises and combat misinformation.

So far, that’s a 26% increase in the 10 months since the Reporters’ Lab published its 2019 fact-checking census. That was on eve of last summer’s annual Global Fact summit in South Africa, when our international database and map included 188 active fact-checkers in more than 60 countries.

We know that’s an undercount because we’re still counting. But here’s where we stand by continent:

About 20 fact-checkers listed in the database launched since last summer’s census. One of the newest launched just last week: FACTA, a spinoff of longtime Italian fact-checker Pagella Politica that will focus broadly on online hoaxes and disinformation.

The Lab’s next annual census will be published this summer, when the International Fact Checking Network hosts an online version of Global Fact. On Wednesday, the network postponed the in-person summit in Norway, scheduled for June, because of the coronavirus pandemic.

Several factors are driving the growth of fact-checking.

One is the increasing spread of misinformation on large digital media platforms, some of which are turning to fact-checkers for help — directly and indirectly. That includes a Facebook partnership that enlists participating “third-party” fact-checkers to help respond to some categories of misleading information flagged by its users. Another example is ClaimReview, an open-source tagging system the Reporters’ Lab helped develop that makes it easier for Google and other platforms to spotlight relevant fact-checks and contradict falsehoods. The Reporters’ Lab is developing a related new tagging-system, MediaReview, that will help flag manufactured and misleading use of images, including video and photos. (Disclosure: Facebook and Google are among the funders of the Lab, which develops and deploys technology to help fact-checkers. The Lab collaborated with Schema.org and Google to establish the ClaimReview framework and encourage its adoption.)

Another factor in the growth of fact-checking is the increasing role of collaboration. That includes fact-checking partnerships that involve competing news outlets and media groups that have banded together to share fact-checks or jointly cover political claims, especially during elections. It also includes growing collaboration within large media companies. Examples of those internal partnerships range from Agence France-Presse, the French news service that has established regional fact-checking sites with dedicated reporters in dozens of its bureaus around the world, to U.S.-based TEGNA, whose local TV stations produce and share “Verify” fact-checking segments across more than four dozen outlets.

Sharing content and processes is a positive thing — though it means it’s more difficult for our Lab to keep count. These multi-outlet fact-checking collaborations make it complicated for us to determine who exactly produces what, or to keep track of the individual outlets where readers, viewers and listeners can find this work. We’ll be clarifying our selection process to address that.

We’ll have more to say about the trends and trajectory of fact-checking in our annual census when the Global Fact summit convenes online. Working with a student researcher, Reporters’ Lab director Bill Adair first began tallying fact-checking projects for the first Global Fact summit in 2014. That gathering of about 50 people in London ultimately led a year later to the formation of the International Fact Checking Network, which is based at the Poynter Institute, a media studies and training center in St. Petersburg, Florida.

The IFCN summit itself has become a measure of fact-checkng’s growth. Before IFCN decided to turn this year’s in-person conference into an online event, more than 400 people had confirmed their participation. That would have been about eight times larger than the original London meeting in 2014.

IFCN director Baybars Örsek told fact-checkers Wednesday that the virtual summit will be scheduled in the coming weeks. Watch for our annual fact-checking census then.